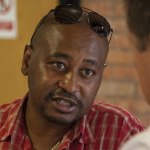 A passionate, enthusiastic, energetic, self-motivated educator, with extensive teaching, broadcast and journalism experience, with the ability and skills to translate these into effective and meaningful learning. Inspires and encourages both students and staff to reaching their full potential.

As an International Political Video Journalist for various international news agencies, produced and edited news packages for transmission across the world including broadcasters such as SABC, CBS News (60 minutes), Reuters, BBC World News, Sky News, as well as working with UNESCO to provide training for new entrants and media professionals on using digital video cameras and editing software.

In terms of generating research and revenue, proven track record in attracting additional funding and support for educational and vocational projects across statutory, community and private sectors, from grant-making trusts to EU funded projects. Examples of these include:

Investigating the feasibility of co-production of digital media with students